Tucked away in the hustle and bustle of Orlando, Florida, behind eight-foot stucco walls that surround its campus, the beauty of all the best of childhood can’t help but peek over the Give Kids the World Village. The bright purple gate house, where even security is glittered with childhood, stands between the trials of the outside world and a place where hope, miracles, and enchantment are the inalienable rights of the guests.  The innocence, fun and magic of youth found in the brightly colored gables that rise over the walls are in great contradiction of why this village exists. This resort is a haven of joy in the midst of childhood diseases which threaten the lives and well being of its most celebrated guests. Within the walls of Give Kids the World, those threats are not forgotten, but instead are cared for by embracing the laughter and joy of all the best parts of being a kid enjoying all the things kids love to enjoy.

Founded in 1986 by Henri Landwirth, hotelier, Give Kids the World’s mission is to provide a once in a lifetime vacation experience for the children and families who are facing the uncertainty of critical illnesses. The story begins with a girl named Amy, a leukemia patient who had a wish to visit the theme parks of Central Florida. Landwirth, who owned and operated a Holiday Inn in the Orlando area, had been contacted by a wish granting entity to host Amy and her family in his hotel. Landwirth, who understood the impact of trauma in childhood, was happy to meet the need of this family. However, in the time it took to finalize the arrangements of Amy’s wish, she succumbed to her disease. Landwirth was so impacted by the inability to grant Amy’s wish, he worked with fellow hotel and hospitality industry professionals to ensure that wishes would be granted in as quickly as 24 hours. Landwirth wanted to Give Kids the World, a mission, and now a name for a place which would, in 1989, open as a 31 acre campus, which would quickly grow to be an 84 acre resort, where more than 167,000 families from all over the United States and the World stay in the 166 villas, enjoying the vacations of a lifetime: for some families the very first vacation their medically fragile child has been able to enjoy, and for others the last vacation these families will spend together.

“Moments are precious, every moment, and because of what I have experienced, I know and appreciate this.”—from Gift of Life by Henri Landwirth

On March 7, 1927, in Antwerp, Belgium the name Henri Landwirth was given to a baby boy. In 1940, his identity changed to B4343, the number tattooed on his left arm by the Nazi party. Over the next five years of his life, all that he knew of the good of humanity was undermined by his experiences in the labor and concentration camps run by Hitler’s regime. The murder of his father in the mass graves of The Final Solution was just one of the childhood traumas that informed Landwirth’s existence during the war. As he found the strength to survive and was blessed with unexpected life over and over during these five years, Henri came to the conclusion, “I am living on borrowed time.” This lifelong understanding of making each day count could be the mortar of the days that took him to the gated communities of the worst parts of humanity in Auschwitz, where death filled the air and children meant a legacy of a people hated by Nazis, to the purple trimmed gates of Give Kids the World, where the childhood trauma of disease is understood and appreciated, but each child’s life is celebrated.

The journey of Henri Landwirth through the darkest hours of modern history are the foundation of his understanding the impact of every single day for families who may face death. It is because he knew the pain of suffering and the deep loss of parent and child being separated, that Give Kids the World exists. With JP Hendricks, he authored Gift of Life, which shares Henri’s story from the torments of his life in World War II, where the worst of humanity stole his innocence, through the unprecedented growth of Give Kids the World, where the very best of humanity: all nations, all creeds, all religions, all socio-economic backgrounds, have over the past 30 years donated and volunteered, working along with a small, innovative, and creative staff, to make the dreams of children come true. Henri, whose motivation for building this Village came from a girl named Amy, whom he never met, but who died before her last wish was granted, hopes that all the families who are now served as they face the difficult reality of childhood disease, is leaving a legacy for a life far too short. Amy is impacting children like her, all these years later. 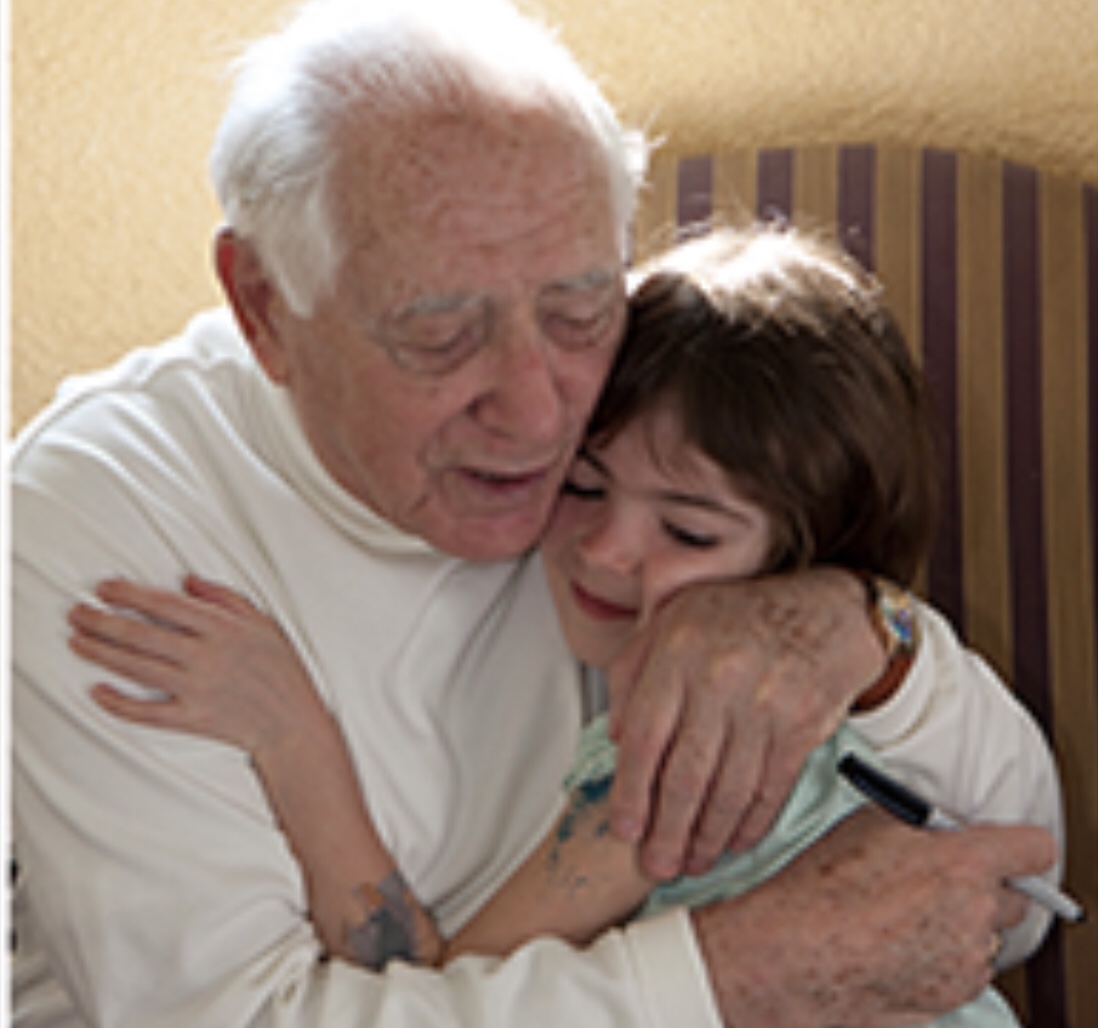 The resort meets and accommodates its guests in every way these special kids with very special needs might have. The amusement rides are for all riders, including those in wheelchairs and mobility devices. The movie theater which shows up-to-date movies allow for patients with IV lines and medical equipment to enjoy the movie experience, including popcorn and drinks. A miniature train will transport guests around the campus, before they enjoy a world class miniature train display complete with buttons to push to play songs of the child’s choosing. With an international guest list, the customs, languages and needs of guests from all over the world are considered. Every child’s wants and needs are carefully heard and there seems to be no problem the team of 180 employees are unwilling to seek out a solution to fix.

Henri wanted the Village to be about the children. And only the children. He turned away large donations that came with strings. He and his team built the Village on what he referred to as the love of children and the American heart of volunteerism. Contracts were not drawn up when six and seven figure donations were requested for building projects, but instead mutual agreements and handshakes built the Village. No sponsorship plaques or billboards give credit to corporate contributors—who made the Village a reality. Henri did not want a place covered in “neon signs”, but instead the structures throughout the Village are named for children who made an indelible impression on Henri and the staff. One such structure is Marc’s Putt Putt-a nine-hole golf park. Although the wish foundations who bring these children to the village have very specific rules about what wishes can and can not be granted, the children who make these wishes are often not burdened by things like rules. Although things like money, cars, medical treatments are not wishes granted, Marc had three wishes: 1. To be a dinosaur. 2. To receive One Million Dollars and 3. To never be forgotten. His love of dinosaurs led his wish team to get him to the Jurassic Park exhibit of a local theme park where he made quite an impression. Upon his death, the theme park wanted to provide the dinosaurs for a dinosaur themed putt-putt golf attraction that would honor Marc. In the midst of the course, a dinosaur named Marc. Wish one of a child—granted. As the costs of the course were accounted for and contributions were gathered, the course was given $1,000,000 to be built. Wish two of a child—granted. Over the years, over 160,000 families have enjoyed accommodations at the Village, including a dinosaur putt putt course named after a little boy who now you know about and won’t ever forget. Wish three of a child—granted.  “Every life is touched by miracles. Sometimes people just don’t recognize them, but that doesn’t mean that what they are experiencing is not a miracle. My own life has been touched over and over again by events, by happenings which I cannot define any other way, but to call them miracles.”

Henri Landwirth looks back on the helpers within the community of suffering in the holocaust and recalls the miracles that lead him to survive the horrific events there. However, he attributes the most profound miracle of his life in the context of Give Kids the World Village. As you walk the paths of the Village, you can’t help but feel the miracles and the gift of life. Henri Landwirth’s story is one of redemption and the Village is the manifestation of good overcoming evil.

Amy’s Wish and Henri’s legacy can not be honored without the donations and volunteerism that make this beautiful campus run. As we continue the story of Give Kids the World this week, I encourage you to visit www.gktw.org to donate and find out how you can volunteer. SaraJonesPresents.com is celebrating the spirit of Henri Landwirth.  I would love for our community to raise $2500 this week for Give Kids the World. As an incentive, Nathan and I will be gifting a weekend stay at a Hilton Brand property to a reader/donator. For every $25 you donate, we will put your name into a drawing we will select from on June 11th. To qualify, you must follow SaraJonesPresents.com or SaraJonesPresents on Facebook. You must share this story with three of your friends who love children. Let me know you have made and the amount of your donation and you will be entered for the drawing.
I will continue the story of our time at Give Kids the World this week sharing the Volunteer experience and how you can give of your time and gain the world. Be sure to read everyday as the stories from Give Kids the World will inspire you and move you to action. 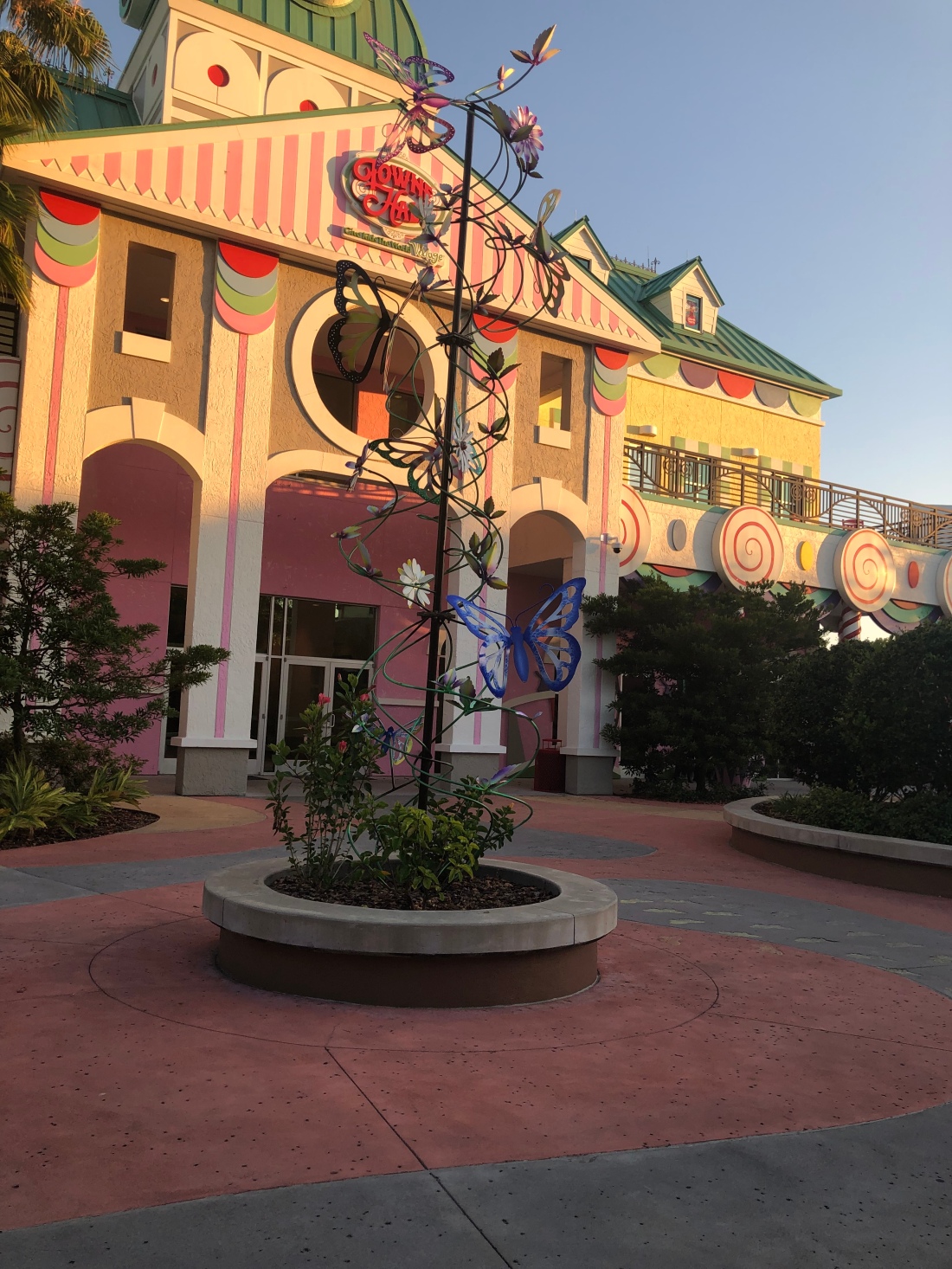 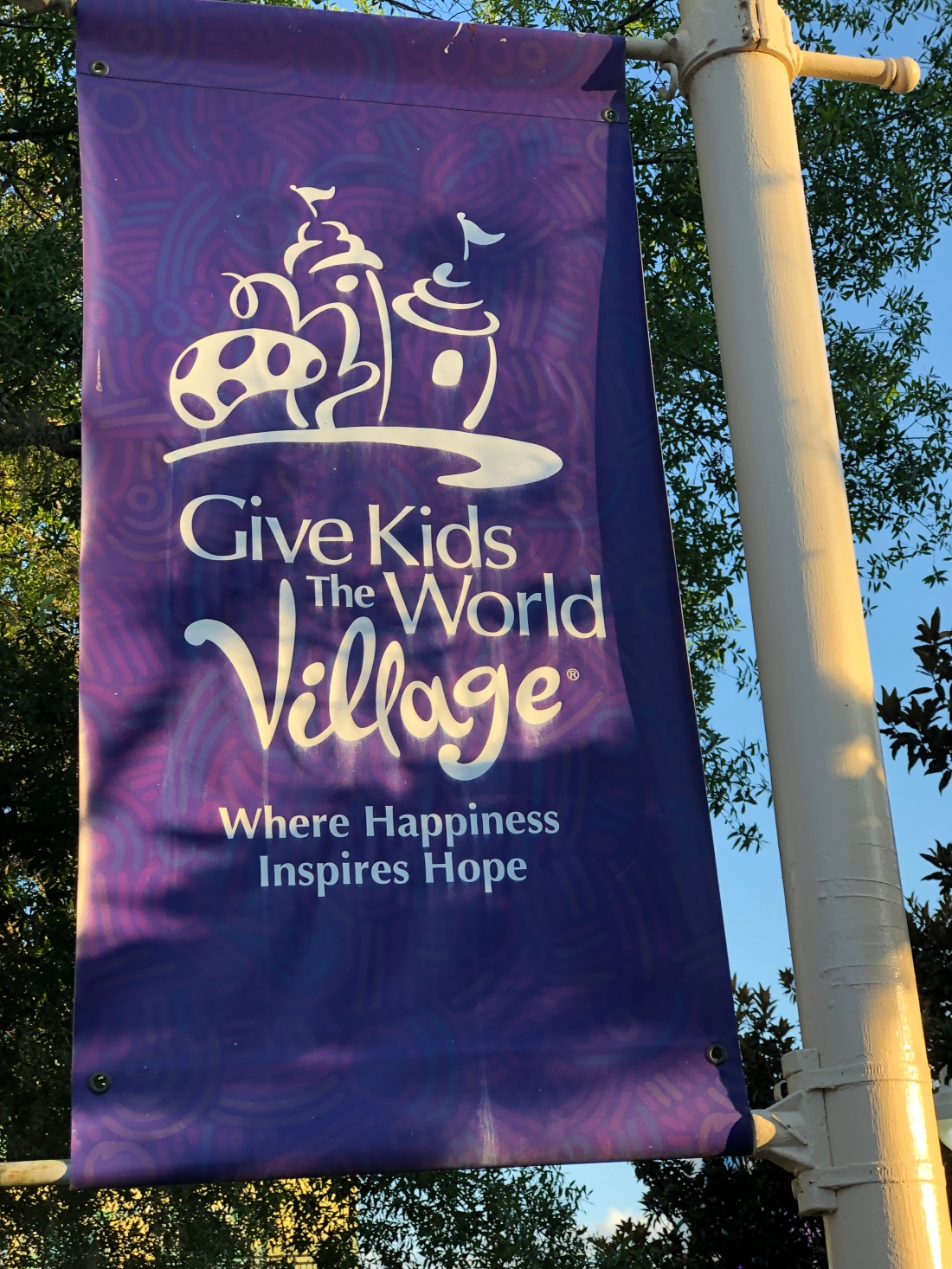 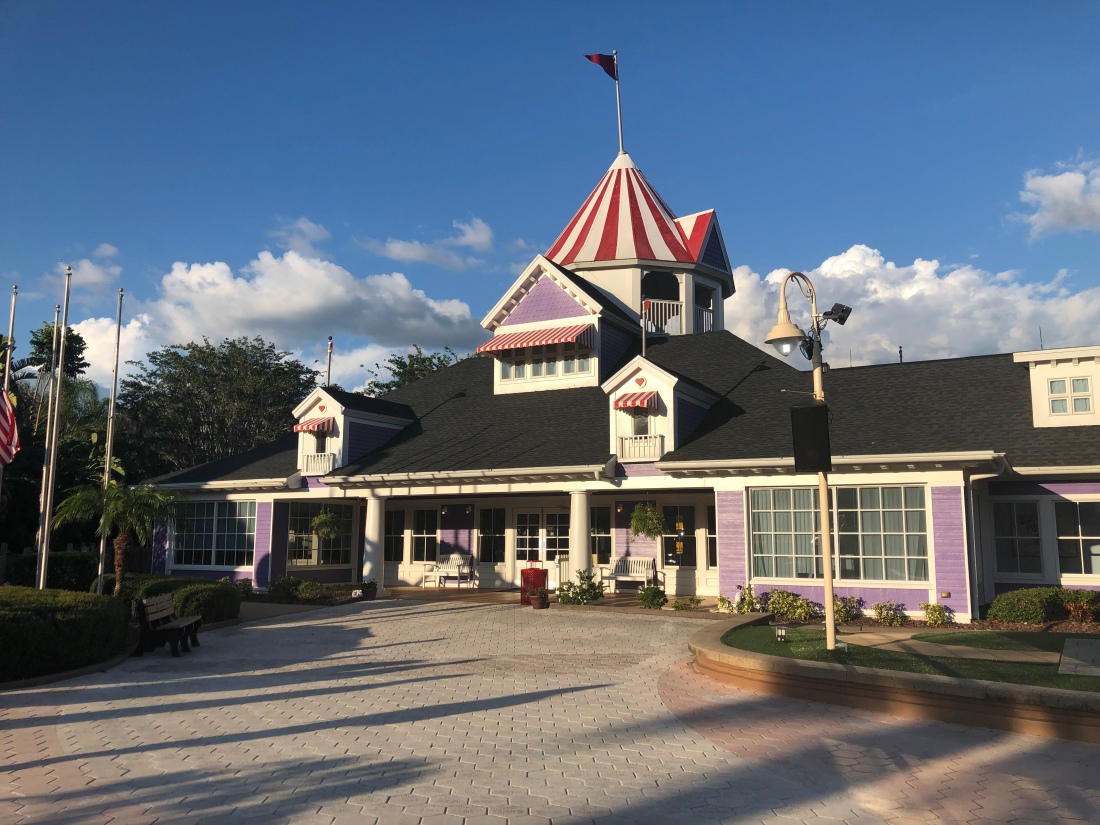 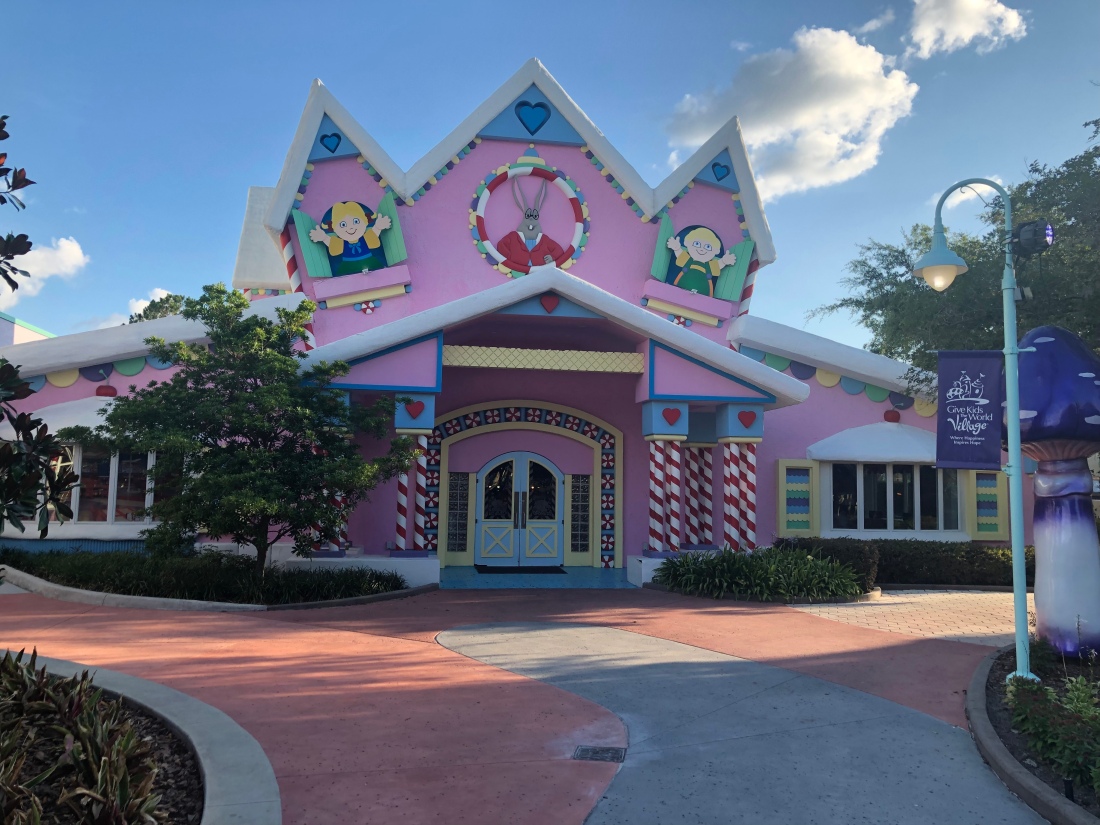 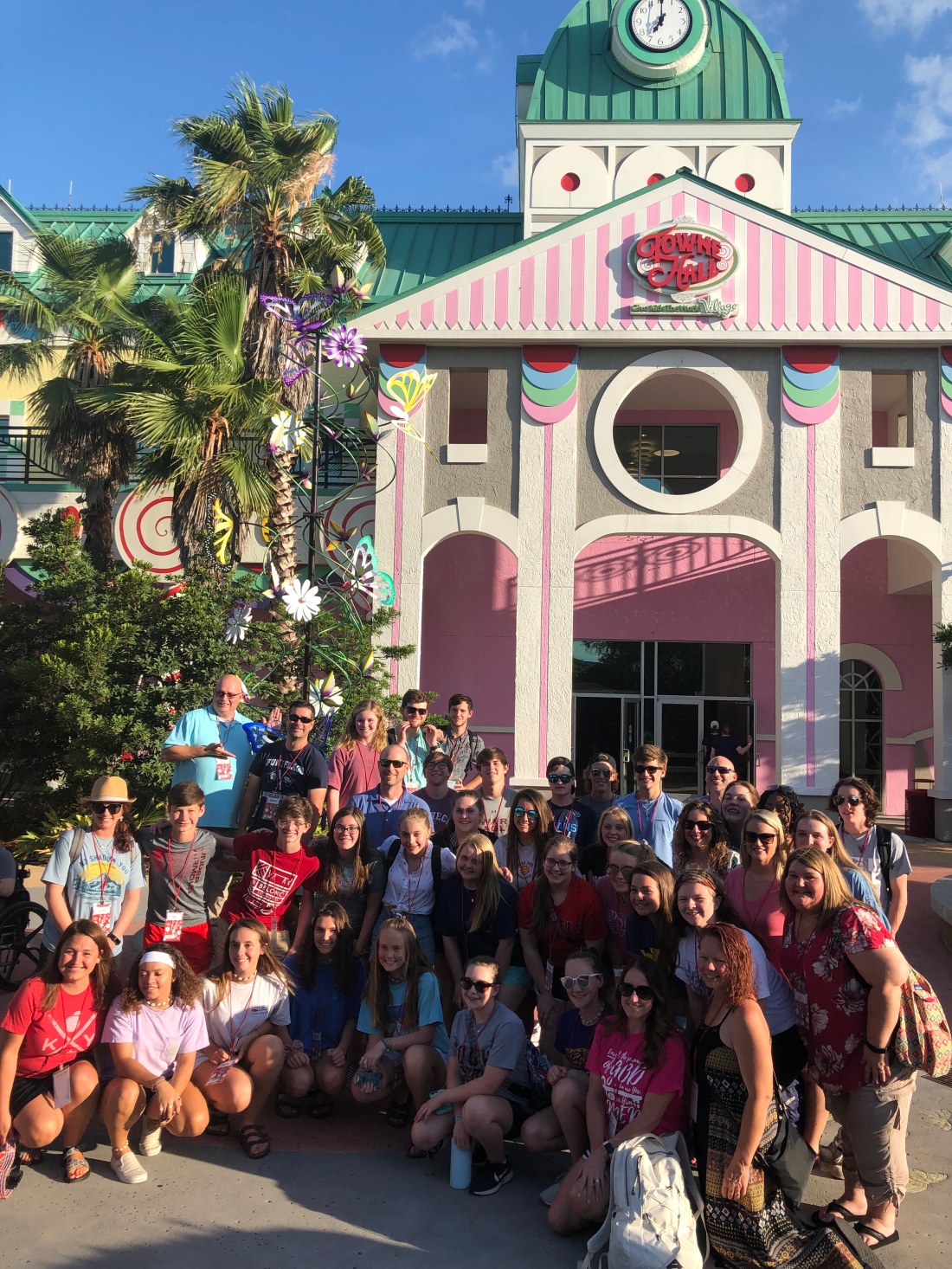 One thought on “Give Kids the World pt.1”